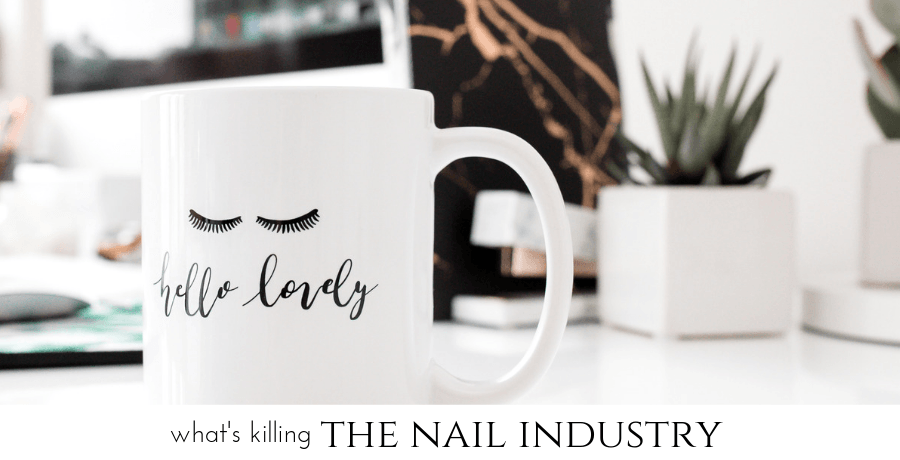 The nail industry is the one, I’ve been involved in for the past 14 years and which I love.

During that time, I’ve seen and experienced many things, those amazing and those not so great.

I’ve seen many people doing something great, striving to achieve more by working their butts off. People, who are constantly learning, stretching and getting out of their comfort zone just to get better… to make a better living for themselves, but also to share what they have with others, to inspire, or simply entertain us with their talent and amazing skills.

Yet many times, they’re being criticized so badly… Sadly, and most of the time, by the people, who have never done anything themselves.

This is one of the things, which upsets me the most.

That one thing, which, for me, is killing the nail industry and creating so much harm…

These negative comments (which have nothing to do with constructive criticism), jealousy and sometimes even hatred, just because someone is actually doing something. (My advice? Why don’t they try to do something themselves?)

Why this is happening?

Why one just cannot keep their mouth shut and fingers away from the keyboard, when they have nothing nice to say to the person, who’s trying to do something; to make a difference for themselves or others?

Why is this so hard for so many people…?

Yet still, some people cannot bear it. They spread the bad opinions, attack like wolves, when one copies the design created by the other or does something similar.

But have they ever wondered – maybe the person, who copies the design, simply admires and gets inspired by them. That’s why they’re trying to recreate what’s been done by someone else?

It should be a compliment, but yet so many people get offended and start the verbal war all over the social media…

“The best compliment someone could give you is to copy you”

It simply means you’re doing something amazing! And, if for instance, your competition is doing that, remember – you’ll always be a step ahead because you’re the original version. And not even the greatest copy can compare.

Just don’t get me wrong here – I’m not talking about breaking the law and stilling someone’s copyrighted materials, or photos, ideas and use them as their own. Let’s not be naive here and that’s a completely different pair of shoes.

But if someone’s recreating your design… SO WHAT?! Let it be and be proud because you’ve just inspired that person. Well done you!

Stop wasting your energy on such small things. Remember:

So, be sure to focus your energy on creating, achieving, making something great and valuable to you, instead of wasting it on things that won’t even matter tomorrow and no one will remember it anyway.

If there’s nothing constructive to be said – don’t say it! Or say it in a friendly way, which will lift up other techs, instead of bringing them to the ground.

At the end of the day, it only shows who we really are, not them.

Don’t blindly follow the crowd and repeat what others are saying. Have your own guts to stand strong for what you believe, and what matters to you!

Be positive, focus on creating, be grateful.

Live your passion, follow your dreams,  and have the courage to make them your reality.

Sending you tons of positive energy.